How One of the Largest Insurers in India Minimized Agent Fraud

A major private insurance company offers a range of products including children's future plans, wealth protection plans, retirement and pension solutions.. While a trustworthy brand with a strong legacy, the insurer has struggled recently with a wave of fake customer applications.

Despite seeing strong growth, the insurer grappled with a spike in fraudulent cases -- the most common and damaging being application fraud perpetrated internally.  Unscrupulous yet enterprising field agents or feet-on-street agents, in an effort to boost sales commissions per policies would register customers’ details without their consent. In some cases, agents would create fake IDs for applications using their own or made up credentials for various policies.

This made it challenging  for the insurer during the processing stage;  it was difficult to verify genuine applications, filter fake applicants or even contact supposed leads.  Worse, angry customer complaints increased once it was revealed their personal information had been misused .

The insurer attempted to resolve the issue by authenticating customers through follow up verification links via SMS and email. This effort proved to be futile in the cases where the phone numbers and email ids provided in the applications belonged to those who forwarded the verification messages to the agents, thus making it impossible to validate profiles.

The insurance company needed a way to quickly and accurately validate the identity of new users,  screen for fraudulent applications, yet preserve a low friction  new customer journey.

Within a week of integrating Bureau Onboard, the insurer noticed accurate, actionable results. They were able to detect mismatched identities from inception, resulting in more than 100 fake applications being detected and subjected to resubmission. An immediate drop in customer complaints concerning to unauthorized applications resulted.

Bureau’s smart solution blocked high-risk users and verified moderate-risk users by subjecting them to further onboarding checks while the low-risk users enjoyed a swift onboarding process. The average time to onboard a user came down by 30%, resulting in more conversions and elevated user experience.

Till date, more than 37% of the insurer’s users have reaped the benefits of better, simpler yet more secure onboarding. 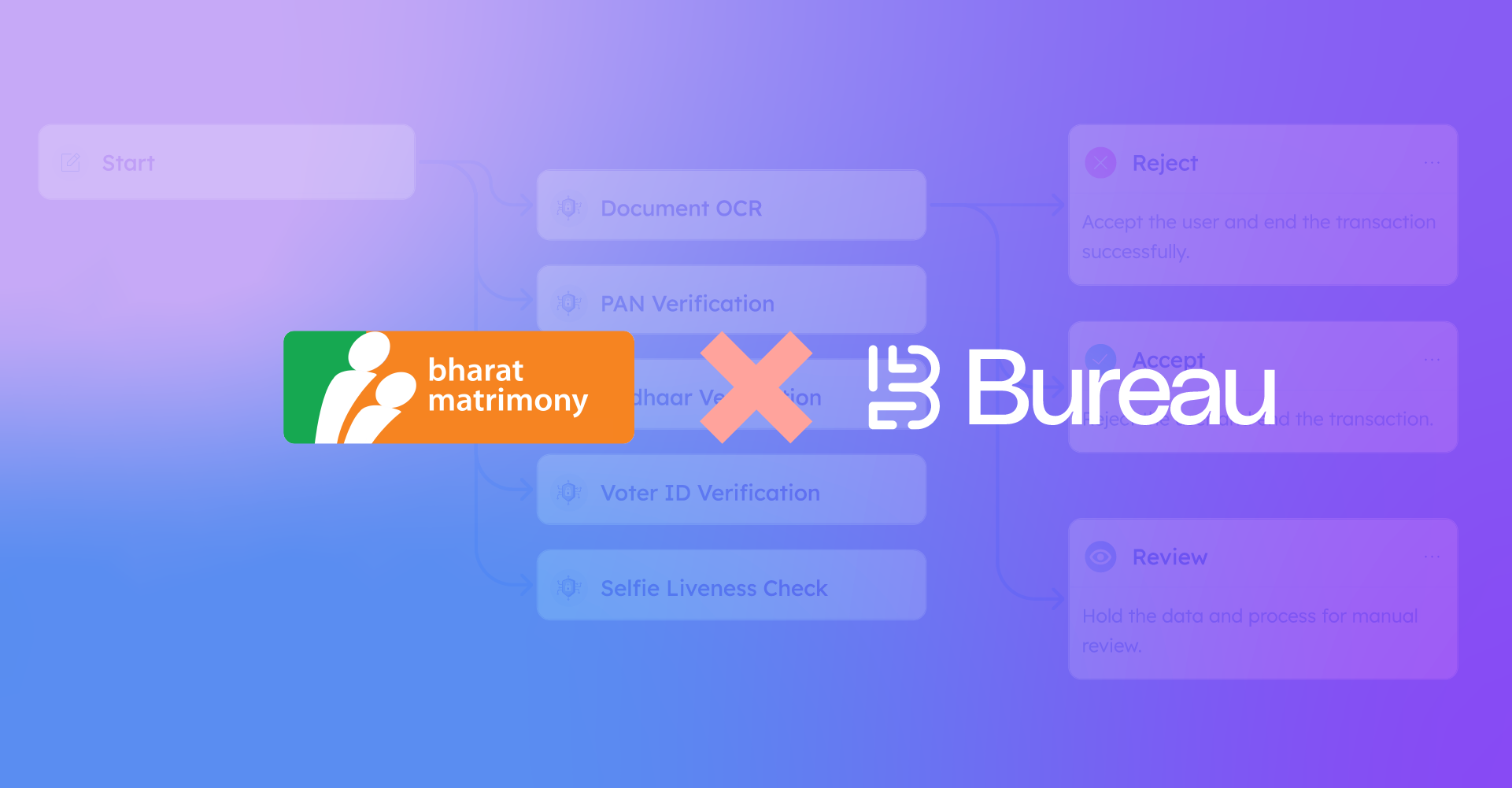 See how Bharat Matrimony, one of the largest matchmaking businesses in India, leverages Bureau's identity verification and intelligence to onboard trustworthy customers without compromising on customer experience. 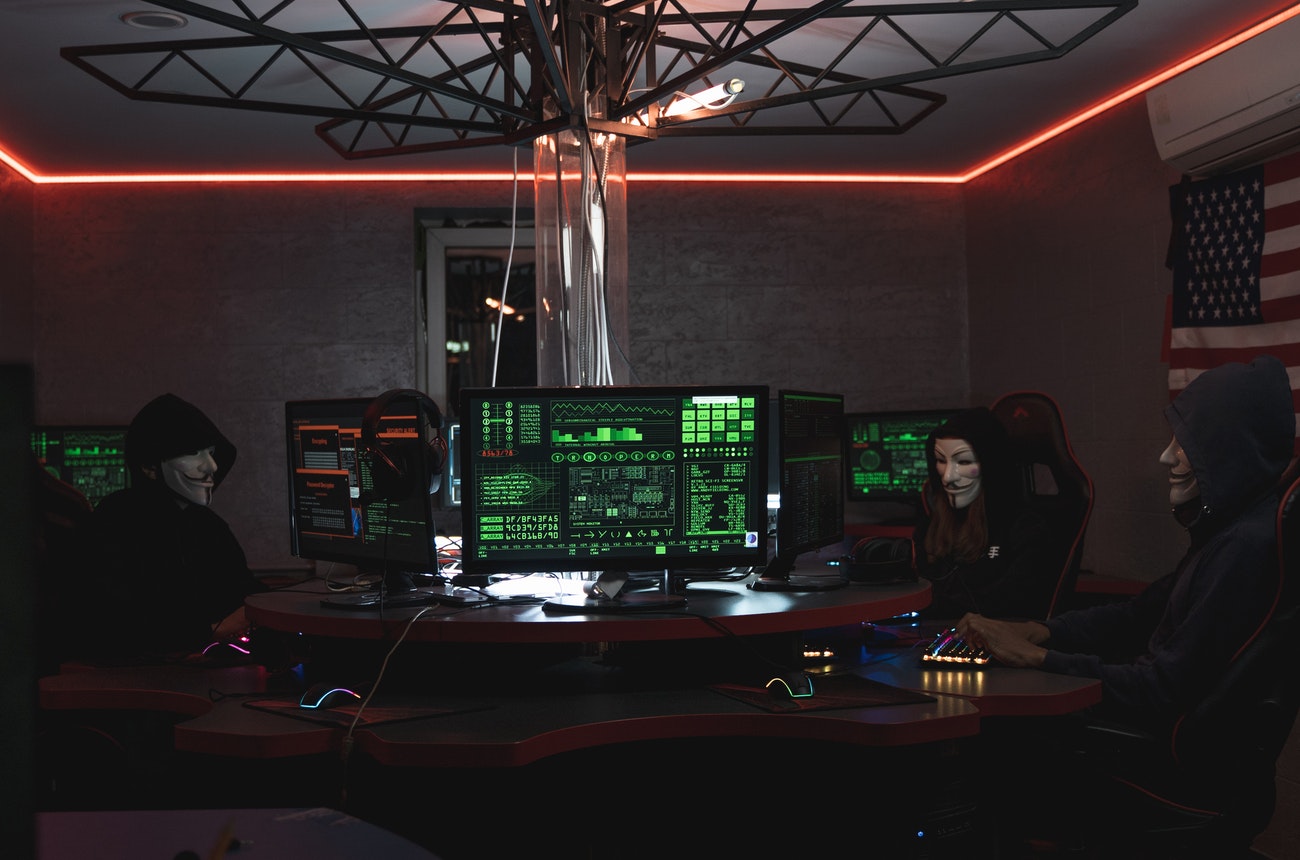 Sophisticated scammers took advantage of the convenient and simplified experience of Jupiter's BNPL app. Jupiter Edge, the app, needed a risk assessment solution to identify such scammers and block them from using abusing the system. Here's how Bureau tackled the problem. 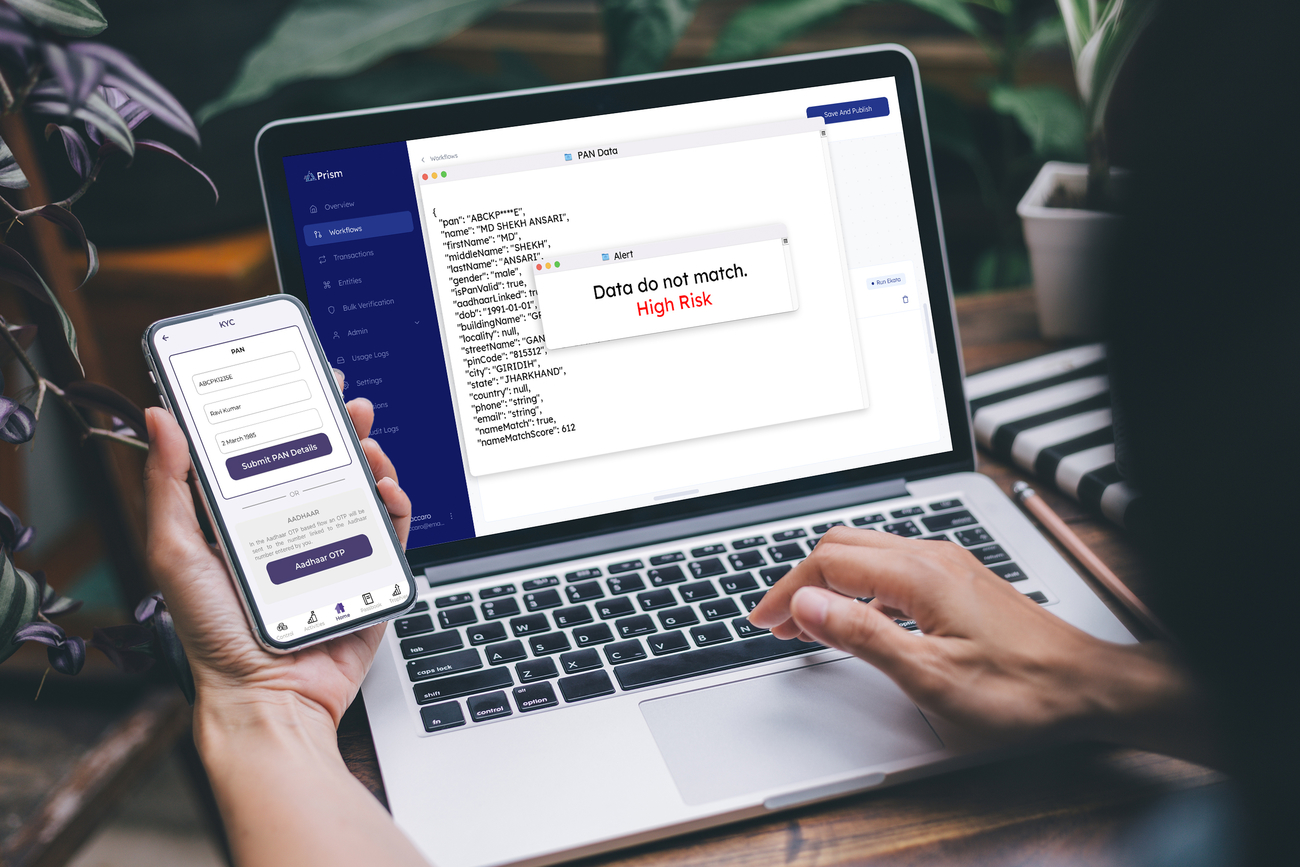 How Pencilton is Automating the Onboarding Experience With Bureau